Are Flipkart’s Efforts To Help Covid-Hit Sellers Just A Gimmick...

With 90% of the sales processed by few large sellers, how many small sellers will get benefits, asks CAIT 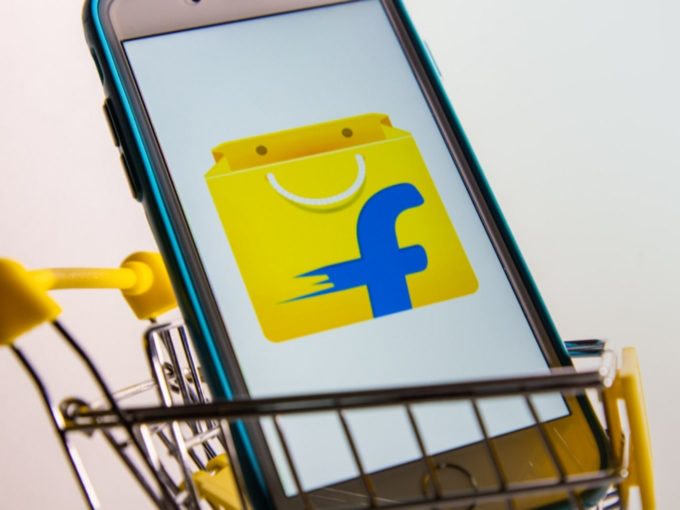 As India suffers through  the worst humanitarian crisis with over 4 lakh people testing positive for Covid-19 daily, Walmart-owned ecommerce giant Flipkart has decided to help out small businesses and sellers listed on its platform by extending various initiatives. This includes Covid insurance cover for all, storage and cancellation fee waivers and policy relaxation for sellers.

Flipkart is also extending the window for the seller protection fund to 30 days, from previously applicable 14 days, to make claims on returned products. It will also ease its policies and performance metrics to ensure that the sellers are not impacted by lockdowns imposed by several Indian states. The company, with Walmart’s Indian supplier development programme named Vriddhi, will also organise webinars for small businesses to share best practices to ensure safety of workforce and provide insights to stay afloat amid the crisis.

There is no doubt that the commission waivers and additional efforts put in by ecommerce giants Amazon and Flipkart are need of the hour for small sellers, who are trying to get past the Covid-19 storm. However, the question is whether such moves will help the companies mend and maintain cordial relationship with their small sellers, who have been accusing these giants of business malpractices for years now?

Praveen Khandelwal, secretary general of CAIT (Confederation of All India Traders), believes that these policy changes and waivers are just public relations gimmicks pulled off by Flipkart to help large sellers that make highest sales on the platform. These new storage and cancellation fee waivers and policy relaxation are going to help only large sellers and a small percentage of small sellers that are able to make sales on the platform, he added in a conversation with Inc42.

Khandelwal noted that Flipkart may have close to three lakh businesses registered on its platforms, but only a small percentage of them are actually able to sell through the platform.

“In the last four-five years, about 90% of the sales on Flipkart have been facilitated by few large sellers that are given preferential treatment by the platform. The rest 10% is sold by small sellers. Even if they are rolling out such policies, these preferential sellers will be the beneficiaries of these schemes,” he said.

Commenting on the Flipkart’s latest Covid insurance cover, Khandelwal alleged that the policy will only help “sellers” who have made a certain number of sales through the platform and not all small businesses that have been registered on the platform but have not made any sales. Flipkart spokedperson, however, emphasised that all the sellers will be covered and there are no specific criteria.

Meanwhile, Jagjeet Harode, senior director and head of marketplace at Flipkart, said in a press note, “Through these testing times it is our constant effort to support our seller partners who face immense operational challenges as a result of the pandemic. As a democratic marketplace, we want to ensure that our lakhs of seller partners are able to continue operations and keep the economic engine running. With them and their family’s financial and health safety in mind, we have rolled out these initiatives that will bring them the much-needed respite to keep their businesses active.”

Not just Flipkart, but rival ecommerce giant Amazon too had  waived off 50% of the commissions, between April-June 2020, for sellers listed on the platform last year. The sellers that had an average gross merchandise sales (GMS) of INR 10K or below in the first two months of 2020 (January-February) were eligible for this waiver. This also included referral fees that were levied on sellers for selling their products on Amazon and is a percentage of total sales prices.

It is important to note that both these ecommerce giants have a very strained relationship with sellers in India. Lobby groups like All India Online Vendors Association (AIOVA), Confederation of All India Traders (CAIT) and many others have accused these platforms of following unfair business practices and creating an unlevel playing field for offline sellers who are not listed on the platform. Besides this, they have also accused these companies of giving preferential treatment to some big sellers by charging hefty commissions from small retailers.

As both ecommerce companies (Amazon and Flipkart) are being scrutinised by the Indian authorities on these allegations, Flipkart has decided to change its course before things go out of hand. A media report published in February 2021 revealed that Flipkart is planning to introduce a third layer of sellers, codenamed gamma sellers, to reduce the dominance of preferred retailers that account for a large percentage of sales on the ecommerce platform.

With this move, the company aims to limit the share of each large seller’s sale on its platform to 5%. The company is also enrolling more than a dozen independent gamma sellers in order to stay prepared if the Indian government changes its foreign direct investment (FDI) laws in the future and further restricts the share of sales for any online seller, as per media reports.

Khandelwal noted that such policies and business models are of no-use as long as there is no transparency on these platforms.

Another report published in February 2021, accused Amazon of twisting statements and pulling tricks to get away with the scrutiny under India’s FDI rules for ecommerce marketplaces that were set up in 2018. The report had noted that just 35 sellers on Amazon accounted for roughly two-thirds of all sales.