The foodtech major rebranded its Gold membership programme to Zomato Pro last year and it has 1.4 Mn members as of December 2020 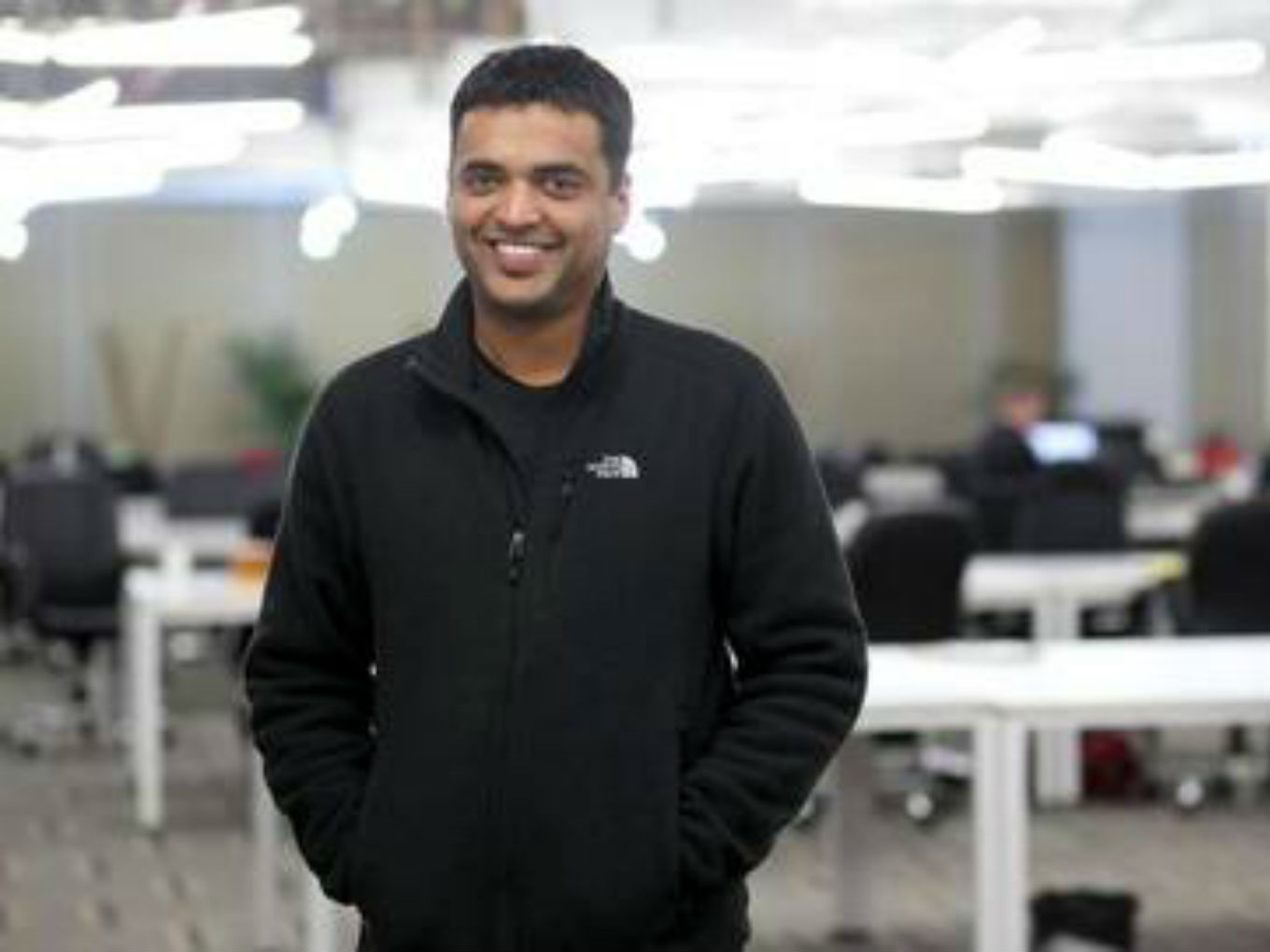 Food delivery giant Zomato said in its IPO filing on Tuesday (April 28) that the gross order value (GOV) on its platform eclipsed pre-Covid levels in the quarter ended December 2020 or Q3 FY2021. The foodtech giant has revealed the numbers in its draft red herring prospectus (DRHP) filed for its upcoming IPO with the Securities and Exchange Board Of India (SEBI) filed earlier today (April 28, 2021).

At INR 2,981 Cr, Zomato saw the GOV rise by 7% in Q3FY21 compared to the same period in FY20 when the GOV was INR 2,785.2 Cr. According to the filing, this is also an all-time high quarterly GOV for Zomato. The gross order value, also known as gross merchandise value in or GMV other sectors, includes the sum of all transacted orders –-  deductions as a result of cancellations, returns, sales costs or discounts are not taken into consideration in this figure. As such it is not equivalent to operating revenue.

“In the first quarter of Fiscal 2021 we saw a significant impact on our business and our food delivery business in India hit its lowest in terms of GOV in a quarter in two financial years. However, since then, our food delivery business in India has recovered strongly, with GOV growth of 91.6% and 42.3% in the second and third quarters of fiscal 2021, respectively, over the immediately preceding  quarters,” the DRHP says. 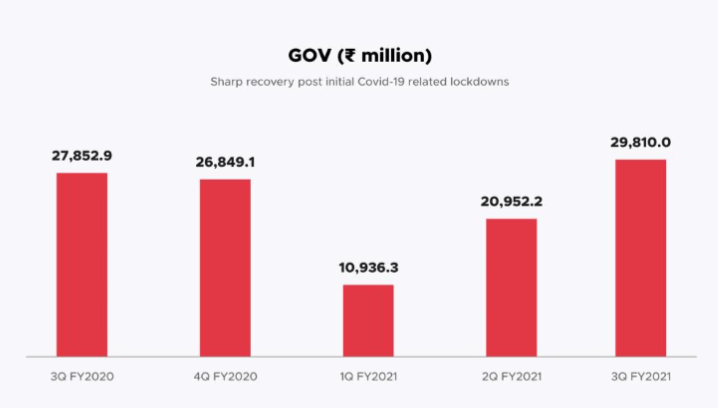 One of the biggest attractions for Zomato customers before the pandemic was the Zomato Gold membership which helped users get discounts on food and drinks at restaurants. But many of Zomato’s restaurant partners had threatened to walk out of the Zomato Gold deals citing unfavourable terms.

So, the company had to rebrand its subscription plan to Zomato Pro in June last year and change the terms of usage. According to the fling, Zomato Pro, which is priced at INR 200 for 3 months, has 1.4 Mn members in India as of December 31, 2020. The membership unlocks exclusive discounts at select restaurants across food delivery and dining-out.

The foodtech giant is looking to raise INR 8,250 Cr ($1.1 Bn) thorough its initial public offering (IPO) process. According to its DRHP, the company will offer equity shares aggregating up to INR 8,250 Cr (nearly $1.1 Bn). Of this, INR 7,500 Cr will be a fresh issue, while INR 750 Cr will be an offer for sale for its existing investor Info Edge.

“The Board of Directors of the Company today considered and have given their approval to the Company to participate in the said Offer for Sale of up to such number of shares of Zomato Limited as would aggregate upto INR 7,500 Mn (INR 750 Cr), the terms and conditions of which will be specified in the Draft Red Herring Prospectus, the Red Herring Prospectus and the Prospectus, and in certain other offer documents and agreements,” Info Edge said in a regulatory filing Of April 27.

The regulatory filings noted that the food aggregator business also allotted 4,430 Cr equity stake to all of its preferential shareholders — investors, promoters, ESOP holders and others — upon the conversion of compulsorily convertible preference shares (CCPS) held by them. It has also passed another special resolution to issue 247.6 Cr equity shares as bonus shares to existing shareholders in a ratio of 6699:1.