Zomato has filed its DRHP for its $1.1 Bn IPO this year

Zomato has over 74 shareholders, of which 18 hold more than 1% share 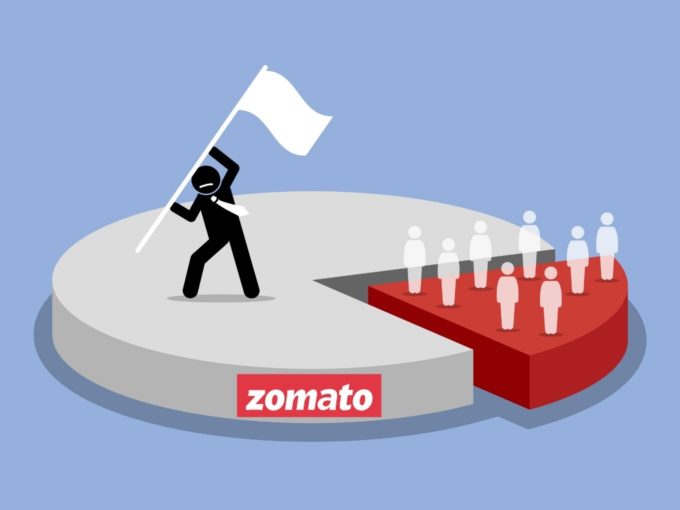 Food aggregator Zomato has finally filed its draft red herring prospectus (DRHP) for its $1.1 Bn (INR 8,250 Cr) initial public offering (IPO) this year. The company’s largest stakeholder Info Edge, which holds about 18.55% shareholdings in the food aggregator, will be selling shares worth INR 750 Cr (approximately $100 Mn) in this process.

The shares were further diluted to 24.13%, with the entry of Uber, Chinese investor Sunlight Fund and others in 2019. In this round, Zomato’s cofounder Pankaj Chaddah, who held about 93 Mn (9.3 Cr) shares equating to 2.06% shareholdings, had sold off his shares as well.

Though Zomato has about 75 shareholders as of today (April 28), only 18 of them hold more than 1% shares in the company. Cumulatively, these 18 investors account for 5.9 Bn shares or 89.33% of the shareholdings in Zomato. 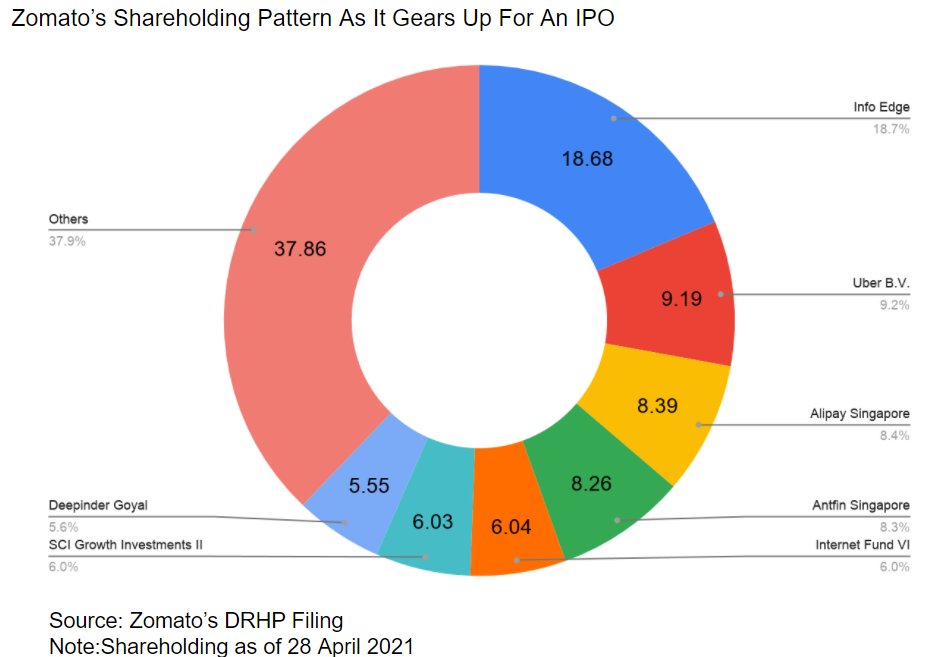 [Note: The above mentioned list showcases investors that have more than 1% shareholding in Zomato]