Cryptocurrency This Week: Indian Short Film Lists As NFT On...


Production house Lekh-Haq has listed one of its short films, ‘For Those That Watch Me Dream’, as an NFT on OpenSea, the world’s largest NFT marketplace

NFTs are irreplaceable and immutable digital items, such as a piece of digital artwork, virtual accessories to be used in video games, or even real-world items such as collector’s cards whose ownership rights have been transferred onto a blockchain

In NFTs, 10%-20% of the royalty always stays with the original creator/owner of the artwork. This helps them earn a commission on each subsequent sale of the NFT 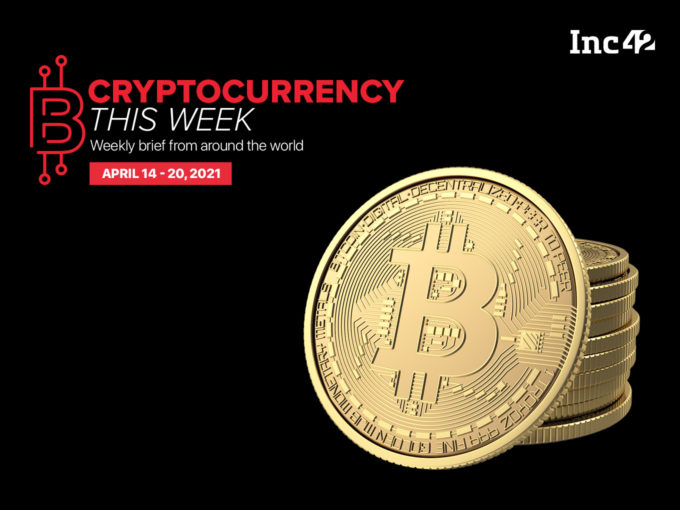 Indian artists and creators, long plagued by worries of piracy eating into their distribution revenues, have begun exploring creating a non-fungible token (NFT) of their artwork to earn royalties.

Production house Lekh-Haq has listed one of its short films, ‘For Those That Watch Me Dream’, as an NFT on OpenSea, the world’s largest NFT marketplace, making the first Indian film to list as an NFT.

For the uninitiated, NFTs are irreplaceable and immutable digital items, such as a piece of digital artwork, virtual accessories to be used in video games, or even real-world items such as collector’s cards whose ownership rights have been transferred onto a blockchain. Unlike cryptocurrencies, which can be exchanged with one another, each NFT is unique and hence cannot be exchanged with another item. Moreover, while cryptocurrencies such as Bitcoin can be broken down into smaller units such as Satoshi i.e. 100-millionth of a bitcoin, NFTs cannot be broken down in the same way but exist as a whole.

An example of an NFT trade was when Twitter founder Jack Dorsey sold his first tweet for $2.9 Mn in an NFT-based transaction. The advantage of trading digital artwork using NFTs on a blockchain network is that it guards against frauds.

Once a digital asset is converted into an NFT, the blockchain network will lend it unique characteristics, ensuring against nefarious actors creating counterfeit assets. The record of each NFT transaction will be stored on the distributed ledger technology called blockchain, ensuring that the creator’s legal ownership over a digital asset remains intact, and doesn’t undergo devaluation.

In NFTs, 10%-20% of the royalty always stays with the original creator/owner of the artwork. This helps them earn a commission on each subsequent sale of the NFT. The artist also retains all copyrights and ownership of the artwork.

Artists and digital content creators have started using NFTs with the hope that over time, as people start liking their artwork or creation, it will undergo an appreciation in price, enabling them to earn royalties on the same. However, Lekh-Haq’s short film’s NFT, listed at 0.3 Ether or $657.12 earlier this month, hasn’t received any offers yet.

“We do have ambitions that are sizeable, but if someone is able to buy it at $700-800 that would be good. However, we hope that as we scale up, the resale of the collector’s edition of the film will be higher. What we are looking at is an easy level entry for Indian investors. The idea is to sell the movie at around 0.3 ethererum and, tomorrow, it might have a resale value, which will be higher,” Fernandes, the cofounder at Lekh-Haq, told Mint.

Besides the NFT and a digital version of the film, the highest bidder on OpenSea would receive a ‘Collector’s Edition’ in a marble inlay box along with a DVD of the movie, a hand-painted poster of the film and a personalised note. The production house will retain the rights to the movie, with the winning bidder only gaining access to the film for personal use.

Earlier this month, Mumbai-based crypto exchange WazirX, owned by Binance, launched its own NFT marketplace for Indian artists and creators. Currently, interested sellers and buyers have to fill out a waitlist form to gain access to the new platform.

Prominent examples of NFTs include collector’s items such as a baseball card or a character ‘skin’ on a video game. Once an NFT sells, the creator receives an amount in cryptocurrency. And on each subsequent sale of the NFT, the original creator would receive a commission.

Over the weekend, the price of a bitcoin fell by over 15% to around $51K, down from a high of around $64K around the time of the US public listing of crypto giant Coinbase. Sumit Gupta, cofounder and CEO of Mumbai-based crypto exchange explained some of the reasons behind the dramatic price fall.

“The plunge in the world’s biggest cryptocurrency comes after some unsubstantiated rumours that US Treasury may crackdown against money laundering taking place through digital assets. However, we believe this is a temporary phase and prices will recover soon as the Treasury has already refuted the rumours. What needs to be noticed is that despite the sudden sell-off Bitcoin has still accounted for a trading volume of $101.27 Bn in the past 24 hours with the market cap still above $1.06 Tn which clearly showcases investor confidence and Bitcoin’s mainstream acceptance as an asset class,” Gupta told Inc42.

The price of the world’s leading cryptocurrency has since recovered to around $55K. Gupta added that another reason for the fall could be a huge sell-off prompted by the massive power outage in China’s Xinjiang region, one of the largest crypto mining hubs.