Founded by Shashank Kumar and Harshil Mathur in 2014 as a payment gateway service, the six-year-old startup provides payments and other financial infrastructure to help businesses manage money flow 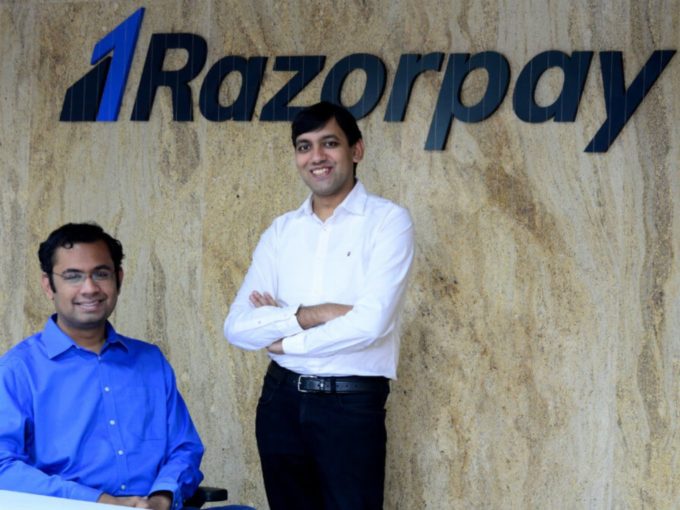 Indian fintech unicorn Razorpay has raised $160 Mn in its Series E funding round at a valuation of around $3 Bn, 3X its earlier valuation of $1 Bn. The company raised its $100 Mn Series D funding round in October last year, which catapulted it to unicorn status.

The new funding comes as the company plans to launch its products in Southeast Asian markets by the end of this year. The round has been led by Singapore’s sovereign wealth fund GIC and Sequoia Capital India. Other existing investors such as Ribbit Capital also participated in the new round. With the recent funding, the startup has, to date, raised $366.5 Mn.

Founded by Shashank Kumar and Harshil Mathur in 2014 as a payment gateway service, the six-year-old startup provides payments and other financial infrastructure to help businesses manage money flow. Its core business continues to be its online payment gateway, which accounts for 80% of its revenue, as it serves five million customers. Some of its clients include Facebook, BookMyShow, Airtel, Ola, Swiggy and Cred.

Speaking about the company’s plans, CEO and cofounder Harshil Mathur said, “We at Razorpay want to be the one-stop financial platform that a business needs to simplify and manage their end-to-end money movement. Our recent initiatives in the banking and lending space through RazorpayX & Capital have helped businesses solve some very unique challenges around managing money, empowering businesses to grow up to 10X in spite of an economically difficult year.”

Last year, after its Series D funding round, Razorpay had said that it would use the funds to launch products for its neobanking business RazorpayX and lending business Razorpay Capital, seeking to double their growth in the coming year. The startup has also launched a payroll management SaaS platform for small and medium businesses and startups. It also planned to hire 500 people across functions of growth, product and technology.

The company has claimed that RazorpayX helps over 15,000 Indian businesses to manage their money. The neobank saw 400% growth in transaction volume in the last 12 months of Covid. The company will divert a portion of the new funds towards RazorpayX to develop new products on the technology stack.

The company’s cofounder and CTO Shashank Kumar said the company would look to introduce new products in the next 12 months through strategic partnerships and acquisitions. In the past, the company has acquired payroll management company Opfin and Thirdwatch, an artificial intelligence (AI) driven company specialising in big data and machine learning for real-time fraud prevention.

According to Inc42 Plus’ The State Of Indian Startup Ecosystem Report, 2021, fintech is set to usurp ecommerce as the most funded startup sector in India. The average annual growth rate of fintech funding between 2015-20 was 45%, compared to 20% for ecommerce.

Between 2014-20, of the $70 Bn raised by Indian startups, 23.1% of that amount went to ecommerce startups, while fintech came second, accounting for 17.4% of the funding. The popularity of fintech startups among investors is increasing significantly across all stages. In addition to the ongoing bull run in digital lending and insurance tech, new models such as BNPL (Buy Now Pay Later), neobanking, SME financial inclusion are further solidifying the position of fintech startups among Indian investors.