The Series E round was led by Prosus and TPG, with participation from existing investors

It was looking to hit the unicorn club with this round, but the investors did not agree with the valuation 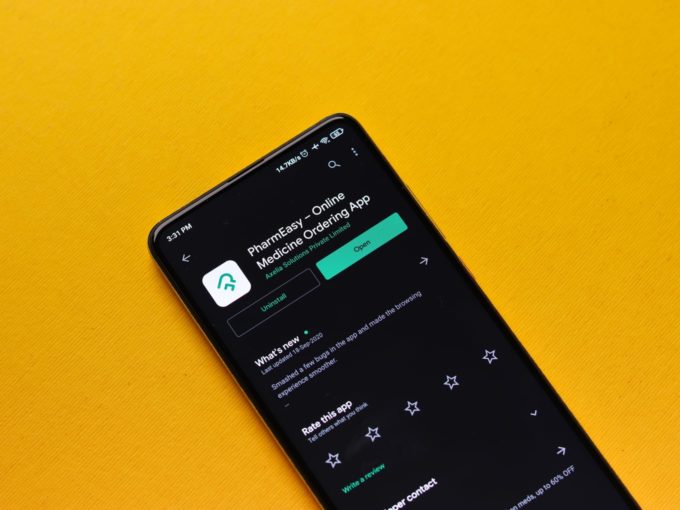 API Holdings, the parent company of epharmacy startup PharmEasy, has become the first India epharmacy company to enter the unicorn club. API Holdings has raised $323 Mn in a Series E funding round from Prosus Ventures (formerly known as Naspers) and TPG Growth, at a valuation of $1.5 Bn.

TGP has acquired 7% stake in the epharmacy startup for which it had sought permission from the antitrust watchdog Competition Commission of India’s (CCI) in December 2020. Prosus Ventures had also sought CCI’s approval for its investment in API Holdings in March 2021.

The round was raised in combination of primary and secondary shares sale, and API Holdings’ existing investors such as Temasek, CDPQ, LGT Lightrock, Eight Roads & Think Investments also participated in the funding round.

PharmEasy-MedLife Merge To Fend Off Competition

This is API Holdings’ first fundraise after PharmEasy’s merger with rival Medlife. As per the deal, PharmEasy acquired 100% stake in Medlife and in return Medlife’s promoter got 19.95% stake in the combined entity. API Holdings had received CCI approval for the same in September 2020. The companies had joined hands to fend off tough competition from other players like Reliance Jio (NetMeds), Flipkart and Amazon that had entered the Indian epharmacy segment.

According to media reports, Tata Group is also looking to enter the online medicine delivery play by acquiring a majority stake in 1mg for about $250 Mn.

PharmEasy was founded in 2015 by Dharmil Sheth and Dr. Dhaval Shah. The company caters to the chronic care segment and offers a range of services such as teleconsultation, medicine deliveries, and sample collections for diagnostic tests.

As per the latest metrics shared by the company, API Holdings connects over 60K brick-and-mortar pharmacies and 4K doctors in 16K zip codes across India. The platforms also provide SaaS solutions for pharmacies to use in procurement combined with delivery and logistics support, and credit solutions to buy over 200,000 medicines from over 3,000 pharmaceutical manufacturers. It claims to have served over 20 Mn patients since inception.

The latest funding will allow API Holdings to deepen its relationships and penetration of existing geographical markets to reach over 100,000 pharmacies in the next 12 months. It will also enable the company to further build out its platform to provide an increased range of services to healthcare practitioners and patients, setting up a better healthcare ecosystem for all Indians.