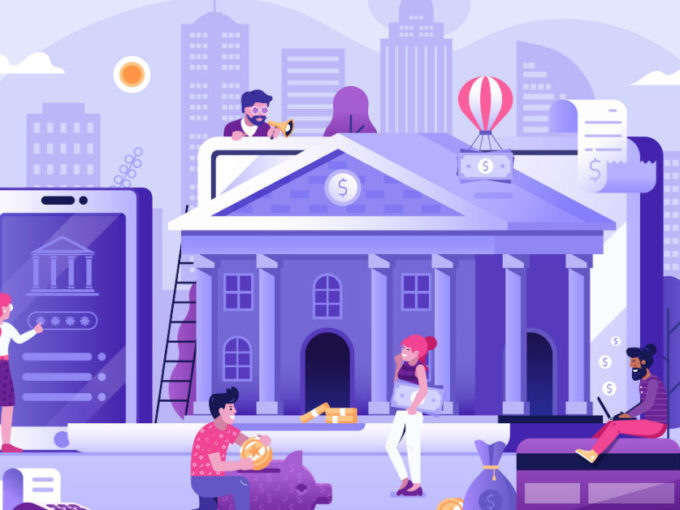 The Reserve Bank of India on Wednesday (April 7) came out with multiple measures to boost the fintech sector in its quarterly monetary policy update. RBI Governor Shaktikanta Das said in a statement that economic activity is normalising despite the recent surge in infections.

In a slew of measures directed at the fintech sector, the RBI announced that PPIs (prepaid payments instruments) such as digital wallets have to be made interoperable — for instance, a person with money in a Paytm wallet should be able to transfer funds to a Mobikwik wallet.

Interoperability has been a bone of contention for payments players for a long time. After the RBI released its Master Directions in October 2017, digital wallets were expected to become interoperable within six months. However, owing to ongoing discussions with industry stakeholders, the plans were put on hold for a while.

In a move that will help the overall fintech ecosystem demonstrate outcomes better, the central banker proposed to construct and publish a Financial Inclusion Index (FI Index) based on multiple parameters to be published in July every year for the financial year ending previous March.

Another issue that has been a drag on the fintech sector’s growth is the restriction of allowing payments banks to hold a maximum balance of INR 1 lakh per individual customer.

“We are pleased that the concerns of payments bank players are understood and acted upon, though a limit of INR 5 lakh would have been preferred. The enhanced limit aligns with our customers’ needs and gives them the flexibility to park more money in the savings account,” said Rishi Gupta, MD and CEO, Fino Payments Bank.

Based on a review of performance of payments banks and with a view to encourage their efforts for financial inclusion and to expand their ability to cater to the needs of their customers, including MSMEs, small traders and merchants, the RBI has decided to enhance the limit of maximum balance at end of the day to INR 2 lakh per individual customer.

Moreover, to incentivise the migration of PPIs to full-KYC, the central bank has proposed to increase the current limit on outstanding balance in PPI accounts of users from  INR 1 lakh to INR 2 lakh. This move has been welcomed by fintech stakeholders.

“Wallets were previously closed-loop ecosystems. Interoperability brings wallets at par with banks. Wallets had taken a hit earlier due to strict KYC norms and due to the popularity and comfort of customers with UPI. Cashbacks offered also did not help much. Interoperability will provide that much needed push for wallets and PPI providers,” said Manoj Chopra, VP and head of products and innovation, InfrasoftTech, a fintech solutions provider.

Chopra however cautioned that wallets will have to beef up their security to provide safe interoperability to users.

Users will also be allowed to withdraw cash up to a certain limit from their digital wallets so as to encourage more digital adoption, the RBI added. It said more details about how this will be done would be specified in a circular later.

In what could become another`inflection point to catalyse digital payments, the RBI has proposed to enable non-bank payments companies to take direct membership in central payments systems like NEFT and RTGS. This facility is expected to minimise settlement risk in the financial system and enhance the reach of digital financial services to all user segments.

Transferring large amounts of money in bulk by businesses is generally done through banks as yet since they are almost exclusively given NEFT and RTGS memberships. But now that is going to change.

Monica Jasuja, a senior fintech executive, said “NEFT and RTGS are the railway tracks on which money transfers happen between bank accounts today. What the RBI decision means is that the rails can be used by anyone including digital payments companies.“

“This move could be a potential game changer for fintech firms and payments companies such as Paytm, PhonePe, and others and could potentially benefit their users, reduce costs and make market access to funds easier,” according to Salman Waris, a senior lawyer at TechLegis.

Another move that will have a positive impact on the B2B fintech sector is that the RBI has extended the time period for banks lending to NBFCs for on-lending to MSMEs as being classified as priority sector lending (PSL) till September 2021. According to experts, this move will help continue the momentum of fintech lenders catering to small businesses.

Recognising the key role played by NBFCs in making credit available to the last mile, the RBI has permitted the classification of bank lending to registered NBFCs (other than MFIs) for on-lending to agri, MSME and housing sectors as PSL from August 13, 2019 till March 31, 2021.

The central bank has also announced a Financial Inclusion Index (FI Index) based on multiple parameters. This will be published in July every year for the financial year ending previous March.

(With inputs from Romita Majumdar)