CRED will also offer its team another ESOP buyback opportunity, with a cumulative value of $5 Mn

In recent months, CRED has focussed on the ancillary services built around its primary ecosystem of credit card-centric services 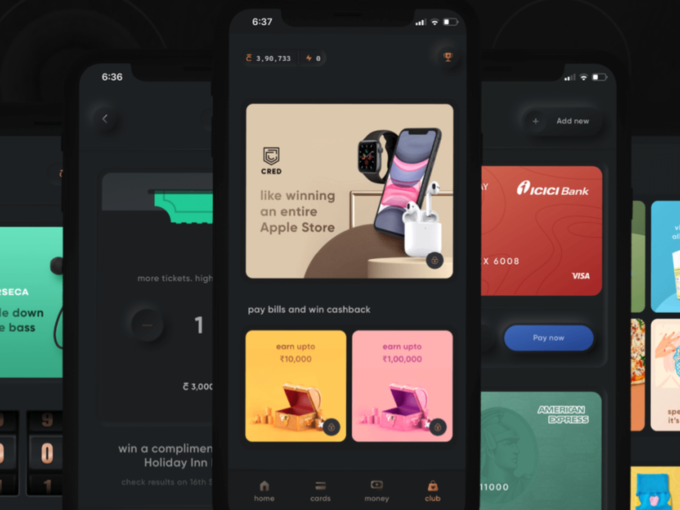 Fintech and ecommerce platform CRED has announced the close of its Series D funding round, which has seen Falcon Edge Capital come on board as a new investor, as well as participation from Coatue Management LLP. Falcon Edge and Coatue are the lead investors, while Insight Partners has joined the company’s cap table. With this, CRED has raised $215 Mn funding, at a post-money valuation of $2.2 Bn, making it the latest unicorn in India.

Existing investors DST Global, RTP Global, Tiger Global, Greenoaks Capital, Dragoneer Investment Group, and Sofina have also participated in this round. In the transaction, CRED will also offer its team another ESOP buyback opportunity, with a cumulative value of $5 Mn, after initiating a similar buyback in January 2021 with its $81 Mn Series C round.

In a press note, CRED founder Kunal Shah said, “With the credit card category in India expanding rapidly, we have a massive opportunity to shape responsible behaviour, imagine new use cases, and create a rewarding platform for members. Our growth in the past year has demonstrated the potential value of the high-trust, low-friction platform the CRED team has been building, and we are delighted to share the value created with investors, team members, as well as partners and the CRED community.”

In recent months, CRED has focussed on the ancillary services built around its primary ecosystem of credit card-centric services. It forayed into ecommerce with CRED Store and in December, CRED launched CRED Pay to allow users to use their CRED reward coins across ecommerce sites and unlock discounts.

The company is in the process of closing deals with ecommerce partners such as BigBasket, Dineout and ixigo. It partnered with Razorpay and Visa to develop the features. Before launching the payment feature, after a pilot project with over 30 merchants including the likes of Vahdam Teams, The Man company,  Epigamia and Man Matters among others. The company claimed that these merchants experienced larger basket sizes and improved customer satisfaction. The ecommerce play and the CRED Pay platform form the next focus areas for CRED as it looks to monetise its high-value user base.

Founded in 2018, CRED focuses entirely on premium credit card users, offering them rewards and benefits for paying credit card bills. Members are only allowed once their credit score has been screened. Such data could likely be used by CRED  to back its lending play, while in recent months, the company has also focussed sharply on its ecommerce business.  In the last two years, CRED claims to have added over 5.9 Mn credit card users with a median credit score of 830.

While CRED’s valuation has been growing steadily over multiple rounds, it has not shown great revenue performance over the same time period. In fact, the financial year ended March 2020 (FY20) saw CRED post an operating revenue for the first time, at just INR 52 Lakh. The company made more revenue from interest on fixed deposits and current investments than actual revenue from operations.  The company’s total expenses stood at INR 378.39 Cr, an increase of 492% from FY19 when it recorded expenses worth INR 63.90 Cr. Hence, the company’s after-tax loss stood at INR 360.31 Cr, an increase of 492% from the FY19 loss of INR 60.86 Cr. On a unit level, it spent over INR 770 for every rupee in revenue.