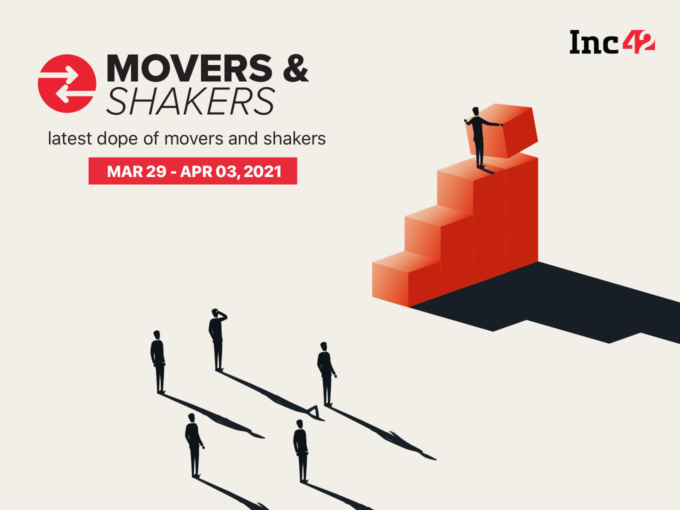 We bring to you the latest edition of movers and shakers of the week in the Indian startup ecosystem.

Bhavesh Manglani and Mohit Tandon, two of the cofounders of logistics unicorn Delhivery, have parted ways with the company ahead of its initial public offering (IPO) plans this year. Delhivery has confirmed the departure of Manglani and Tandon, but did not reveal more about the reason for their exits.

The company had announced the exit to their board members earlier this year and the duo is said to be preparing to launch its own startup soon. However, a Delhivery spokesperson said, “After 10 years of building Delhivery, two of the five co-founders have decided to move on to pursue other interests.”

Sources close to the matter told ToI that the exit comes as per the Indian law, which mandates a lock-in period for promoters to sell their shares after an IPO.

IIM alumnus Manglani and IIT Kanpur graduate Tandon had founded Delhivery along with Sahil Barua, Kapil Bharati and Suraj Saharan in 2011. The five cofounders are said to hold under 10% stake in the logistics company Delhivery, which provides a full suite of logistics services such as express parcel transportation, LTL and FTL freight, reverse logistics, cross-border, B2B & B2C warehousing and technology services.

Kishore Biyani-led Future Enterprises has appointed CP Toshniwal as the new additional director of the company. The board of the company approved his appointment on March 31, 2021. Toshniwal had joined Future Group back in 1997 and has over 25 years of managerial experience. He is a qualified chartered accountant and company secretary.