Crypto Ban Will Lead To Loss Of Innovation, Says Industry


As Parliament was adjourned last week, India’s homegrown crypto exchanges, alarmed by the prospect of the bill being written into law soon, have stepped up efforts to assuage the government’s concerns with crypto

At least six leading Indian crypto companies including CoinDCX, Unocoin and WazirX, have submitted a representation to the government outlining, again, the benefits India stands to gain from crypto

Citing India’s ban on the use of civilian drones in 2014, widely regarded as a missed opportunity for domestic innovation which was subsequently encashed by China which now controls the global drone market, the representation claims that a ban on crypto in India would be a similar misstep 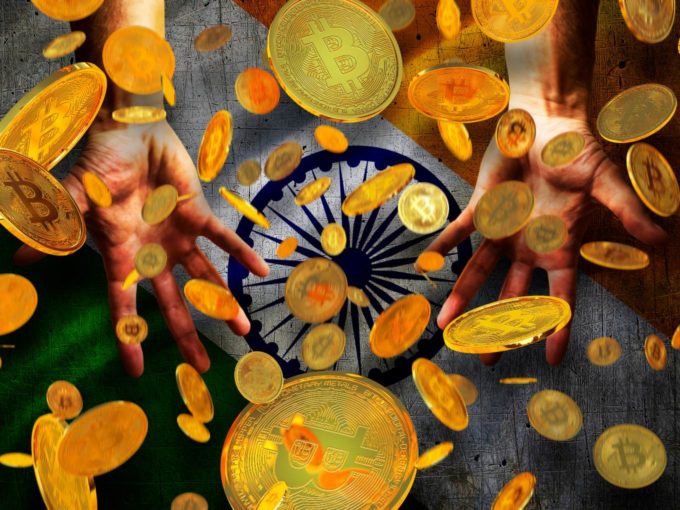 “Bans in India have often led to the creation of a shadow market, with adverse implications for the domestic industry,” says India’s crypto industry in its representation to the Reserve Bank of India and the Ministry of Finance this week, as a bill looking to “ban all private cryptocurrencies” remains to be tabled in Parliament.

India’s homegrown crypto exchanges, alarmed by the prospect of the bill being written into law soon, have stepped up efforts to assuage the government’s concerns with crypto.

Under the aegis of the Blockchain and Crypto Assets Council, a subcommittee of the Internet and Mobile Association of India (IAMAI), at least six leading Indian crypto companies including CoinDCX, Unocoin and WazirX, will submit a representation to the government outlining the benefits India can reap from crypto and why a ban will work to the detriment of the country’s burgeoning tech ecosystem.

Citing India’s ban on the use of civilian drones in 2014, widely regarded as a missed opportunity for domestic innovation, the representation claims that a ban on crypto in India will be a similar misstep leading to huge revenue losses for the government, also driving existing investors towards illicit trades.

It is worth mentioning that India later overturned its ban on civilian drones in 2018. The Indian government has since recognised the scope for innovation with unmanned drones and sought to regulate the sector.

“Similarly, in the pre-liberalised era, India tried to ban the import of gold. However, after several years of trying to clamp down on smuggling, the government had to withdraw the ban,” reads the crypto industry’s representation.

In its representation note, the industry adds that a ban on cryptocurrencies will be unconstitutional, as it will violate the right to carry out trade and business under Article 19(1)(g), the right to privacy under Article 21, and will fail to meet the test of proportionality and reasonableness.

The test of proportionality means that any measure seeking to limit fundamental rights must meet the following criteria: (i) it must be made for a proper purpose, (ii) the measure must be rationally connected to the fulfilment of the purpose, (iii) there are no less invasive measures that are equally effective, (iv) it must be done through means that are suitable and necessary for the purpose, and (iii) it must be balanced with the harm caused by limiting the right. In its March 2020 ruling where it lifted RBI’s banking ban on cryptocurrencies, the Supreme Court had said any measure that would wipe out all crypto exchanges, must be subjected to the test of proportionality.

The industry’s representation note also talks about global best practices in the regulation of crypto. The steps taken by the governments of Japan, the USA and Singapore, all developed countries, are hailed in the document as sound steps for regulating the emerging technology. Conversely, the representation mentions that the countries that have banned cryptocurrencies, namely Algeria, Bolivia, Morocco and Nepal, are all less developed countries with less promising scores on human development and financial development indices.

“Developed nations, when compared to their developing counterparts, have been more progressive and have resorted to regulating cryptocurrencies. India should adopt a similar approach if it hopes to stay in consort with highly financialised jurisdictions and cutting-edge international practices,” reads the document.

The representation adds that robust KYC (know your customer) and AML (anti-money laundering) regulations will help mitigate crypto’s nefarious use cases, such as its well-documented use for financing terrorists’ operations.

The 23-page representation document is the most recent effort in the industry’s outreach to the government. Sathvik Vishwanath, cofounder and CEO at Unocoin explained why in the past, there may have been a communication gap between the crypto industry and the Indian government, which led to policymakers forming a crude and improper understanding of the technology.

“The government is not entirely on talking terms yet with the exchanges. Also, the industry size was not big enough till last year but it has grown since the start of the year,” Vishwanath told Inc42.

“When it comes to regulating crypto, it is not possible by just one department. We still don’t have the classification like asset/equity/commodity yet. This will need regulators and the various tax departments to sit in a war room along with industry players to discuss the issues and come up with solutions.”

Sumit Gupta, cofounder and CEO of Mumbai-based crypto exchange CoinDCX also lamented the absence of a forum, either formal or informal, where industry players could talk with the government. “In the absence of such a forum, there’s no single source of truth, creating confusion among developers, entrepreneurs, employees and investors on the regulatory proposals discussed within the government,” Gupta told Inc42.

“We welcome the recent commitment of the government to recognise and regulate our industry. We are supportive of creating a forum that invites all stakeholders to make suggestions (similar to how e-commerce or ridesharing regulations were drafted in the past) or alternatively, invite a public consultation on the Bill (similar to the Personal Data Protection Bill).”

Various unverified media reports since last month have held that India, through its crypto bill, will criminalise the mining, trading and holding of cryptocurrency for the country’s over 7 Mn investors holding $1 Bn worth in crypto. If that happens, India will be the first major economy to enforce a complete ban on crypto. Even China, where trading in crypto is barred, doesn’t penalise possession.

A Stride In The Right Direction: Indian Startups On Mandatory Crypto Investments Disclosure For Companies

India’s Ministry of Corporate Affairs (MCA) now requires companies registered in the country to make disclosures about their investments in cryptocurrencies and other virtual assets, the amount of currency held as at the reporting date, as well as any profit or loss arising from transactions or investments involving cryptocurrencies. You can read the full story here.

PayPal Holdings has allowed US consumers to use their cryptocurrency holdings to pay at millions of its online merchants globally, a move that could significantly boost the use of digital assets in everyday commerce. You can read the full Reuters story here.