The CCI has directed MakeMyTrip to reinstate listings of FabHotel and Treebo after they were originally removed in 2018. 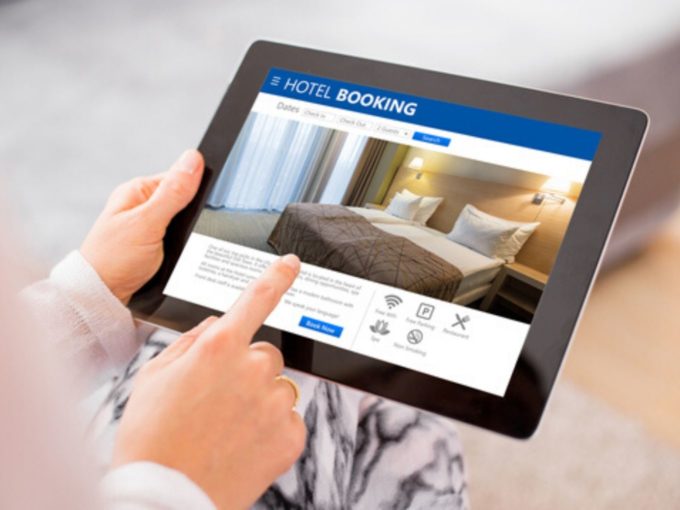 India’s competition regulator competition commission of India (CCI) has ordered online travel aggregator (OTA) MakeMyTrip to reinstate listings of hotel rooms belonging to Treebo and FabHotels on its platform after the budget chain hotels were forcibly delisted more than a year ago.

CCI’s order on Wednesday also expressed concerns over MakeMyTrip’s dominance in the online travel industry and termed the delisting of Treebo and Fab Hotels “affected competition” in the market by “denying an important channel of distribution”.

In February 2020, Treebo Hotels, co-founded by Sidharth Gupta, and Rahul Chaudhary approached India’s competition regulator Competition Commission of India (CCI) with a complaint that sent shockwaves down the travel market.

According to the complaint filed with the CCI in February 2020, Treebo alleged that online travel aggregator MakeMyTrip and their (Treebo’s)  competitor OYO have together indulged in anti-competitive practices. Treebo’s competitor Fab Hotels, too, joined the petition later in March 2020,  just before the pandemic set in.

Both Treebo and FabHotels work on a franchise model similar to OYO, wherein a hotel property is taken over by them. Under the franchise agreement, these players standardise the rooms to their requirements and sell them directly on OTAs and on their own websites.

Following both Treebo’s and Fab Hotel’s complaints the CCI issued directions on February 24th 2020 to the director general to take up an investigation into both OYO and MMT for allegedly violating competition regulations.

According to Treebo’s complaint to the CCI, it has been working with MMT since 2015, but immediately after the merger of MMT and Goibibo (in October 2016), MMT proposed “a significant investment in Treebo”, in exchange for a precondition that Treebo should list its hotels exclusively on MMT’s platform. But the deal talks fell through after Treebo’s properties were removed from MMT in March 2017. Around six months later, MMT decided to list Treebo back again after the latter agreed to an exclusivity agreement and a “chain agreement” as mentioned below.

However, even after agreeing to these clauses, Treebo was delisted by MMT once again in April 2018. In its complaint to the CCI, Treebo further alleged that MMT was under pressure from OYO to delist them. Further, Treebo claims that its competitor OYO is a dominant player with almost 89% market share in the branded hotel chains space.

“As per Treebo’s allegations, the (earlier) agreements (between MMT and Treebo) were terminated by MMT as a result of OYO’s agreement with MMT, wherein MMT agreed to remove OYO’s competitors like Treebo from its platform. It has been alleged that due to its (OYO’s) arrangement with MMT, the dominant downstream intermediary, OYO can be considered to be a vertically integrated enterprise. Due to the existence of network effects in such a market, there are huge barriers to entry for any new player in the market,” reads the CCI note released in February 2020.

After a year-long probe into the complaints, CCI has now held that MakeMyTrip in fact may have indulged in discriminative practices by delisting the budget hotel chains back in 2018. The CCI also found that FabHotel and Treebo were in fact competitors to Oyo, and by forcibly delisting the former brands, MakemyTrip disrupted fair competition in the market.

“The commission is thus convinced that the conduct of MMT-GO in delisting and continuing to delist franchisee serve providers, specifically FabHotels and Treebo, as well as the budget hotels which were availing some logistics support from them, has affected competition in the market by denying access to an important channel of distributions through foreclosure. It is in the interest of free market and trade that injunctive orders are called for in this matter and Commission finds its a fit case to exercise its discretion to allow interim relief in the matters, till further orders,” the CCI said in its order on Tuesday, of which Inc42 has reviewed a copy.

In a statement to Economic Times, A MakeMyTrip spokesperson, however, pointed out that the current CCI order is only an interning relief and hence does not amount to a “final opinion”.

“Subsequent to CCI’s prima facie orders, both Fab and Treebo had filed an interim application requesting relisting on the Go-MMT platforms, pending the final outcome of the ongoing investigation. The CCI has allowed the interim application stating that the interim order does not tantamount to the final expression of opinion on the merits of the case,” a MakeMyTrip spokesperson told ET.